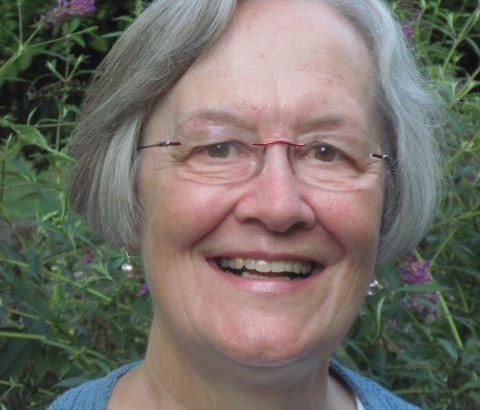 Each week we will have the opportunity to listen in on a St. Edward’s parishioner sharing their story about what the ministry of St. Edward’s has meant to them. This week, the reflection is offered by Mrs. Dottie Gschwend.  Each week in the all-parish email a link will be posted for you to click to listen to the recording. Listeners are encouraged to meditate on these precious words and stories shared, and pray the prayers for stewardship provided each week by the spirituality ministry. Share and like these on Facebook and other social media outlets, email the links to your friends.

Stewardship Prayer for the week of March 13th:

Heavenly Father, thank you for the light of your Word; the light that dispels darkness so that we can walk confidently and securely in this life. Help us to not only live by your Light, but to share it with those who experience darkness. Amen. 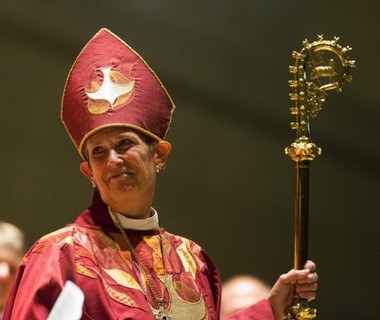 Each week we will have the opportunity to listen in on a St. Edward’s parishioner sharing their story about what the ministry of St. Edward’s has meant to them. Beginning with the reflection offered by our Bishop, Audrey Scanlan, each week in the all-parish email a link will be posted for you to click to listen to the recording. Listeners are encouraged to meditate on these precious words and stories shared, and pray the prayers for stewardship provided each week by the spirituality ministry. Share and like these on Facebook and other social media outlets, email the links to your friends.

Stewardship Prayer for the week of February 28th:

Dear Lord,
I pray that You give me the wisdom to guide me on this faith journey of stewardship. Help me to understand that everything I have is a gift from You. Open up my heart and my mind so that I may use these marvelous gifts to give back to You here on earth. I pray Lord that You welcome me into Your kingdom at the end of my life and that You are pleased with what I have done with all Your Gifts.  Amen. 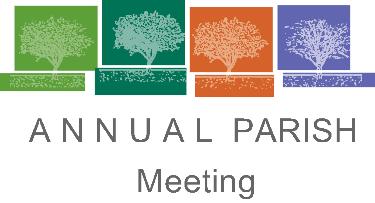 PLEASE JOIN US FOR OUR ST. EDWARD’S ANNUAL MEETING ON SUNDAY, FEBRUARY 21, 2016

WE WILL ALSO BE CHOOSING DELEGATES FOR DIOCESAN CONVENTION AND ELECTING MEMBERS TO THE VESTRY.

PLEASE JOIN US FOR OUR ONE SERVICE ON THIS SUNDAY FOLLOWED BY THE ST. EDWARD’S ANNUAL MEETING—AN IMPORTANT EVENT IN THE LIFE OF THE PARISH WHERE WE REVIEW THE 2015 YEAR AND LOOK FORWARD TO 2016.

WE WILL ALSO BE CHOOSING DELEGATES FOR DIOCESAN CONVENTION AND ELECTING MEMBERS TO THE VESTRY.

THERE IS A SIGN UP SHEET ON THE COFFEE SERVICE TABLE FOR PARISHIONERS TO SIGN UP TO BRING BREAKFAST ITEMS. WE ARE LOOKING FOR FRUIT, BAKED GOODS, JUICE OR ANY HOT OR COLD FOOD ITEM YOU WOULD LIKE TO CONTRIBUTE.

THANK YOU AND WE LOOK FORWARD TO A RECORD TURNOUT FOR THIS IMPORTANT PARISH EVENT. 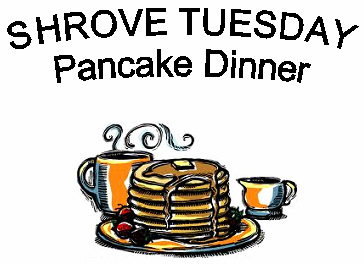 Join us as we begin the Lenten Season with our
Annual Shrove Tuesday Pancake Dinner
A wonderful way to FEAST before Lent begins!
Music, festive atmosphere, great food, wonderful fellowship
You will not want to miss this event this year!
Tell your friends. . . Better yet, bring your friends!
Free will offering.

If you would like to volunteer to help set-up, cook, help reset tables during the event and clean up, please contact the parish office by Friday, February 5th. 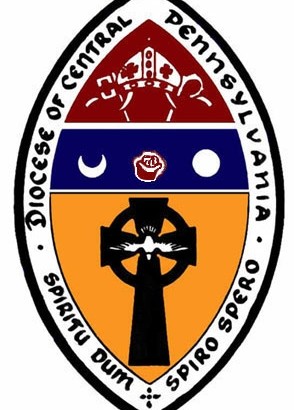 AGENTS OF FAITH: THE URGENT NOW

Where: St. Stephen’s Cathedral, Harrisburg
221 North Front Street, Harrisburg, Pa 17101
Parking at no cost in the Diocesan House parking lot; the open parking lot and the PHFA parking garage (both located next to the cathedral)

When:  Saturday February 13, 2016 – 8:00 am- 400 pm
Why: Because working to eliminate racism is a highly complex task that requires an understanding of what racism really is and how it impacts all of us.

#2 Straight Talk on Race in the Church and in the Workplace
• Gain a basic framework for understanding prejudice, oppression and specifically racism.
• Understand the impact of racialized language in a work environment.
• Understand the appropriate racial language to use, avoid and why.
• Gain strategies for responding to racist “OUCH!” moments.
#3 best practices, Anti‐Racism Related Programming
• Learn to utilize films and documentaries to generate conversations, e.g., Traces of the Trade; book discussions utilizing bestsellers such as The New Jim Crow: Mass Incarceration in the Age of Colorblindness 2010/2012 by Michelle Alexander; YouTube conversation-starters, such as “What Kind of Asian Are You?” and “How to Tell Someone They Sound Racist”; and
• Gain facilitation and strategies to present an anti-racism mini program for participants to be able to return to their congregations and present an informational one-three hour workshop for vestries, parish search committees, youth group and youth leaders, as well as social justice and jubilee committees.

Sign up now! At www.DioceseCPA.org on the Homepage
$20.00 registration to include breakfast items & lunch Childcare will be provided, if requested

“And they returned by another road”

Sunday, January 24th will feature a field trip to the Hempfield Area Food Pantry. This will be to further explore our outreach mission with the Food Pantry.

A luncheon for those participating will be held immediately following the 10:15 Service.

Parents are asked to drive and may depart for home from the Pantry visit.

Please RSVP to Eric Henry ASAP, to help us know how much food to prepare.

Any questions please contact either Tina Shank at mshank200@comcast.net or Eric Henry at ehenry@messiah.edu 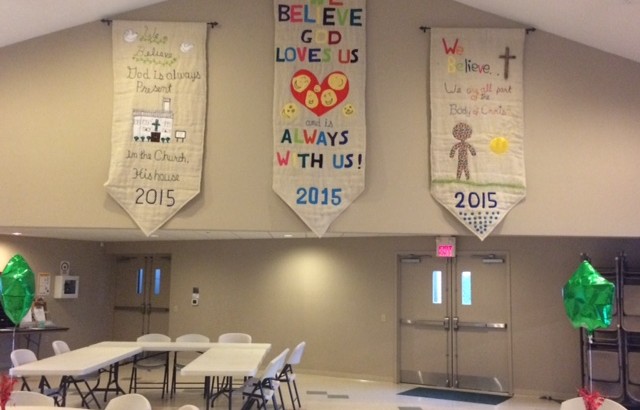 In February 2015 St. Edward’s fourth-sixth grade Christian Formation class engaged in a lesson on the creeds. Teachers Dottie Gschwend and Brian Newsome asked each child to write three things he or she believes about God, Jesus, and the church. Each child explained these beliefs to the class. Teachers and students then searched for common themes and crafted three collective statements of faith: (1) God loves us and is always with us, (2) God is always present in the church, His house, (3) We are all part of the Body of Christ.

After the service, Brian showed the statements to Father Stephen Casey. The latter was so taken with the project that he asked the class to develop banners that would be hung in the parish hall. The vestry approved the concept, and the students spent the next five weeks developing table-sized mock-ups of the banners: one for each statement of faith. Bill Swiernik determined the proper dimensions for wall hangings, and Barb O’Brien led fellow Knit Wit members Sue Bianco and Carol Hopwood in fabrication of the banners. Carol’s husband Bill fashioned the cross from wood found in a stand of trees at their home.

In December 2015 Father Stephen blessed the banners during the service of Lessons and Carols. Bill and his son Reed subsequently hung the banners in the parish hall.

The banner project, which started as a simple lesson on the creeds, turned into a much larger work, demonstrating the three statements of faith in action and bringing together a wide segment of the parish community. Each of the individuals involved, whose names appear below, is pleased to have been part of something so special. 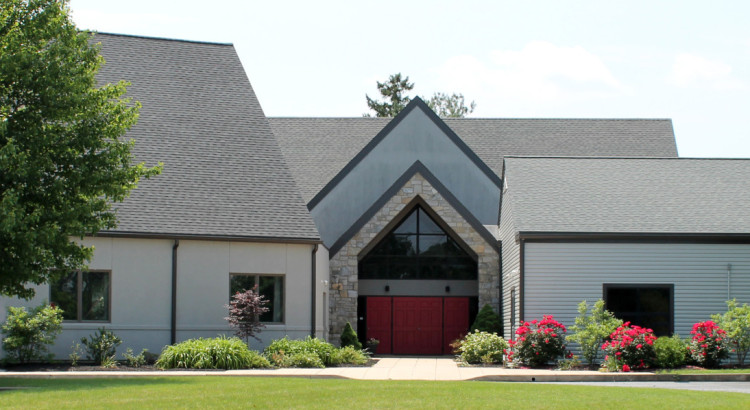 SUNDAY SERVICES - We are now open for in-person worship! We will also be offering our principal worship service at 10:15 AM, via our St. Edward's YouTube Channel. Click the link to tune in to our live streamed Sunday service at 10:15 AM on our YouTube Live channel.  The bulletins will be in our "Recent Posts and News" each Saturday.

WEDNESDAY SERVICE - We will commence this service mid-April.  Stay tuned!